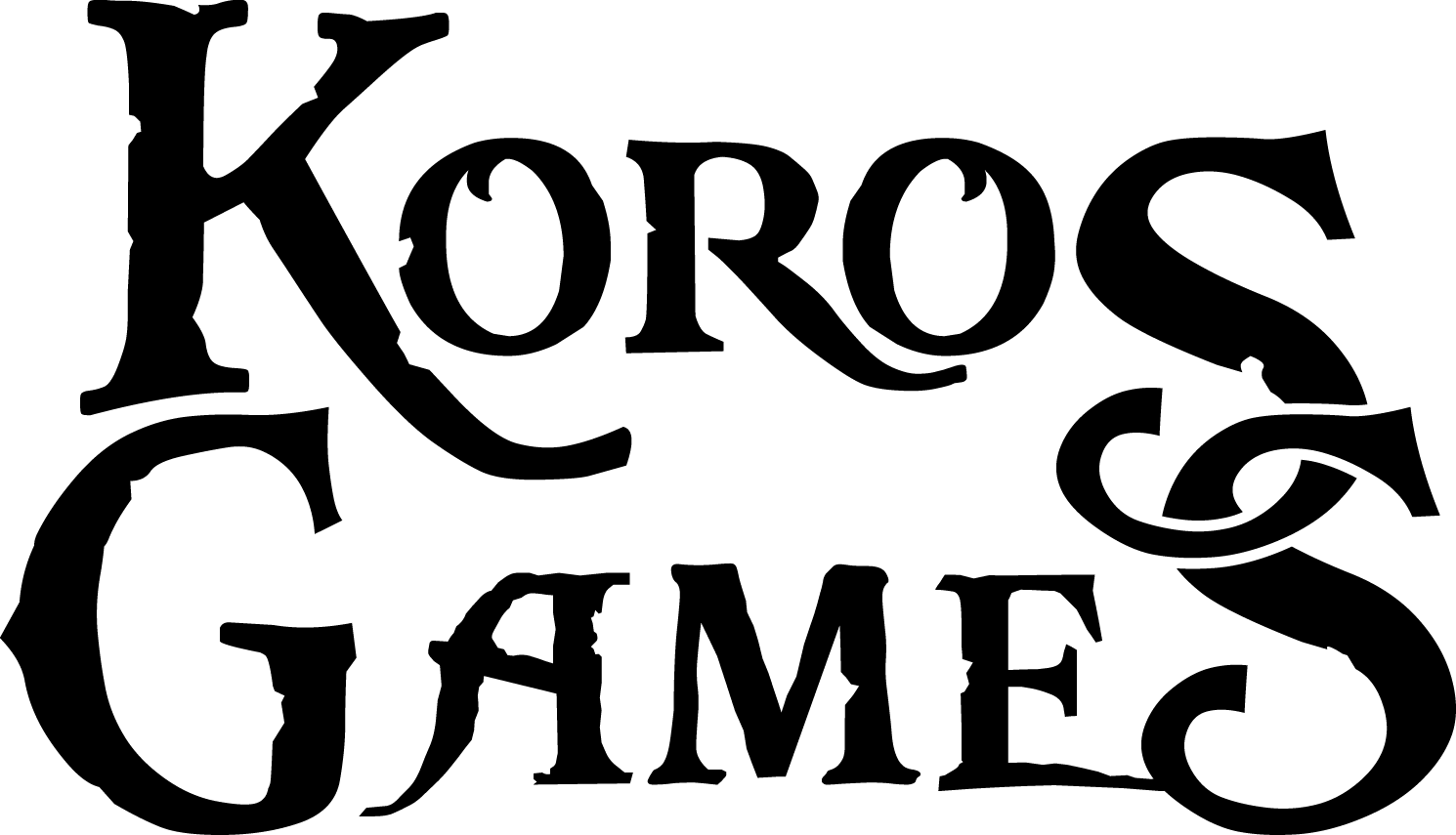 So you’re interested in learning how to play Magic? You’re not alone! We have a great community of players at Koros Games, and we host events regularly for both our competitive and casual crowd. If you would like a live demo on how to play the game, you can always stop by the store and see how it’s done! We have plenty of intro decks to learn with, and helpful staff and players that are excited to welcome new players.
*The best days to come by are Friday night and Saturday afternoon as that’s when most of the Magic crowd comes out to play*
The game is simple – in a standard game, each Planeswalker (player) starts with 20 life. The goal is to bring your opponent to 0 life. There are a few other ways of ending the game, but we can discuss those later.
It is recommended that each player rolls a D20 (a 20 sided die), and whoever gets the high roll goes first. From there, let’s play!

Each player shuffles their deck, and opponents may cut players’ decks (without looking, split up the deck and reorder after shuffling). Once the decks have been cut and given back to the players, each player draws 7 cards and decides whether or not to keep their hand. We will get more into this in advanced play, but for now we will assume you are keeping the 7 cards you have drawn.
To start the game, you need MANA. Think of mana as an energy needed to cast a spell in the game. The main source of mana are LANDS. See below for basic land cards:
There are currently 6 card types (aside from lands):
Creature
Artifact
Enchantment
Planeswalker
Instant
Sorcery
For your first turn, you most likely want to play a CREATURE card. Here’s an example creature:

JOIN THE COMMUNITY! Check out the Facebook community group.

As you can see by the colour of the symbol in the top right corner, this is a WHITE creature, so you need ONE PLAINS to cast it. TAP your plains, and cast your spell. Once the creature RESOLVES (your opponent does not prevent you from playing this card), the ABILITY (text in the box) triggers – in this case, you would gain 3 life and go up to 23 life.


There are many different abilities that creatures and spells will have, so always be sure to read your cards!
When your creature has been summoned, it has something called SUMMONING SICKNESS, which means it may not attack unless it has an ability that says otherwise, so for now you have a creature in play that cannot attack yet.
Now it is the next person’s turn. Whoever goes SECOND draws a card at the beginning of their turn (the person going first does not draw a card). 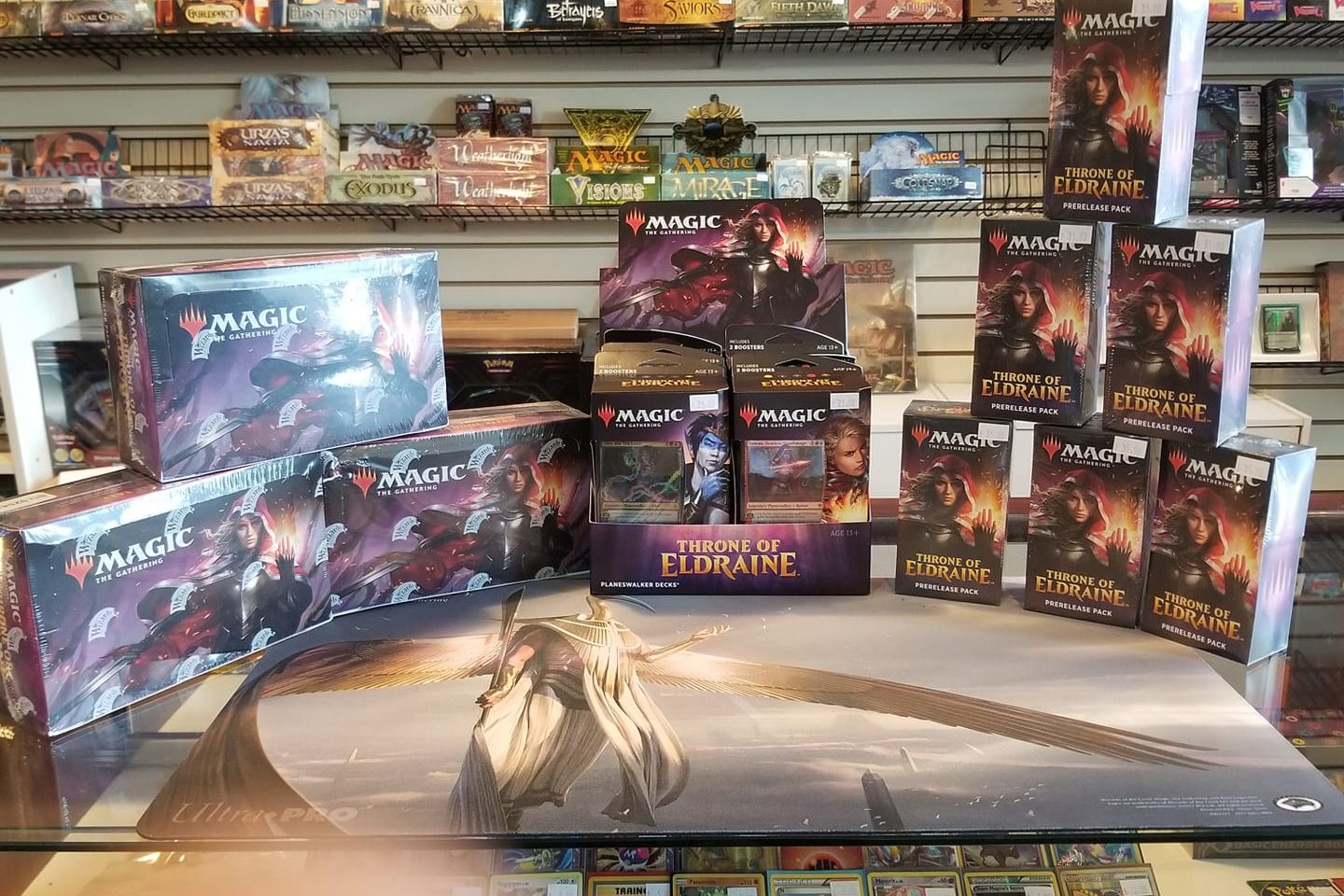 For each player’s turn, there are steps that must be followed:
UNTAP – All lands, creatures, and abilities that were tapped down on your last turn now refresh and “untap”.
DRAW – The player draws a card from their deck.
PLAY – Play lands, creatures, and spells on your MAIN PHASE.
ATTACK – The player may now choose whether to attack or do nothing. If they attack, the opponent has the opportunity to block or cast a spell to affect the game.
PLAY (AGAIN) – Once damage has been calculated and all spells have resolved, there is an opportunity to play a land or creature on your SECOND MAIN PHASE.
PASS – The turn ends and goes to the next player.

There are 2 categories for spells: permanent and non permanent spells. PERMANENT spells are cast and stay on the battlefield, while NONPERMANENT spells are never on the battlefield, but are played and then immediately placed in the graveyard.
PERMANENTS:
Artifacts and Enchantments – These are cards that boost your creatures. Some may need to be attached (or equipped) directly to one creature, while others affect the entire battlefield. Each card is different and should be read.
Creatures – Creature cards will sometimes come with abilities, others are just a plain creature with POWER and TOUGHNESS. A creature’s power determines how much damage it deals, while it’s toughness determines how much damage it can take.